PHTC enjoyed success in the Final of the Field Trophy up at Moreton Morrell last Sunday.  We were taking on Prested Hall Tennis Club who put out a very competitive team of players.  We won the first two rubbers with Charles Fuente & Bill Chambers and Adam Dolman winning in straight sets which meant that we only needed one more to seal the tie.  Andrew Page was taking on their second string singles player Tom Shrager and this was an epic match with neither player backing down, indeed the match went all the way to 5 all in the third set when Andrew managed to get over the finish line and with it a 3/0 lead.  Nick Harris won his match in straight sets to make it 4/0 and Harvey Rawlings & Steve Calder-Smith just lost out in their doubles to finish the tie with a 4/1 victory.

Congratulations to all of our players and thanks to Philip and Lyn Robinson for traveling to support.  We are now promoted to the Pol Roger (top division) next season so lets hope for a repeat performance!

Full results and photos below: 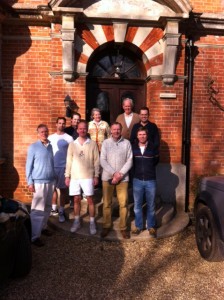 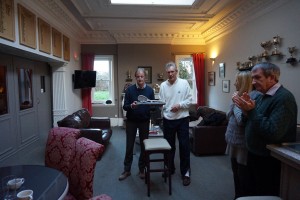 Congratulations to PHTC member Charlie Braham who has just won the US Amateur Singles defeating Robert Shenkman  6/4, 6/1, 6/2 and is  now down to a handicap of 9!