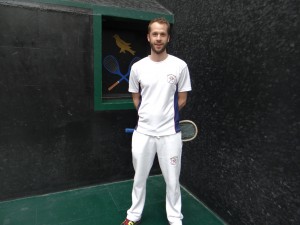 In 2007 Chris Bray returned to the club and in 2011 Chris and Tom both took on a new challenge working on a part time basis at the Holyport Real tennis Club to revive the fortunes of the club. Tom assisted Chris for 3 years and they managed to increase the playing membership from 45-185 whilst still working at the Petworth Club. A fantastic achievement.

In September 2015 after the departure of Chris Bray, Tom took over the role of Head Professional at Petworth and hopes to take the club from strength to strength, continuing to build the junior programme, in which we now have 5 Schools (both state and private) having coaching on a weekly basis.  The club has also recruited a new trainee Professional Louis Gordon who under Tom’s guidance will make a great Professional.